I dedicate in order to reflect
universalizing order.
I seal the matrix of endlessness
with the crystal tone of cooperation.
I am guided by the power of heart.
The last day of the Resonant  Warrior Cube Journey coincides with the last day of the first Gregorian month, while today’s G-Force;  20.11 (Spectral Sun) reflects this Greg. year  🙂  The Antipode,  Crystal Star is a clue to Space Time information received at Luminate  :).  Our Guide today:  Dog;  Divine Loyalty synchronizes with the Long Count of Electric  Dog  (Activating God)
Today’s PSI is  Galactic Mirror, relecting Kin 138 who is relaying  these words  on the 16th day of the Resonant Spirit Warrior’s Cube JoURney.
18.12:  “For any parallel universe, the evolution of time as consciousness proceeds in the same order as for the primary universe or galactic brain. Holonomic order of God does not distinguish between parallel universes, yet keeps a record of every type that exists, as well as which phase of time it is manifesting for any point of synchronic order. The Galactic Brain, of which our Earth and sun are a planetary stellar order, may be a parallel universe for one or any number of other galactic brains.”

Today is the final one in our practice of Sounding the Double Octave of the Lost Chord, which is part of our preparation for oUR Galactic Synchronization in 2013.
Day 22.  Kin 138 (300)  SP Neptune;  SIGNAL-SOLAR PLEXUS.  White Mirror;  Tone 8
Sixteenth Note:  DO (C)
Step 16:  Godly Power Attained-Power of transferring yourself into whatever dimension you choose.  You are whole.  Circle complete.  Lost Chord Sounded.  Interval of Lost Time restored as purification of your soul essence
Cube 16:  Warrior SP-Saturn (100) Intelligence–9th Bolon Tiku:  Primordial Knowing Body Lha;  Sirius Council of Nine convened with the Seven Seers of the Awakening.
Sound:  DO (C)  DO (C’)  DO (C) 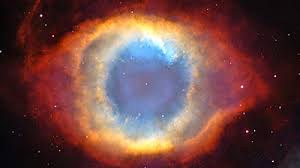 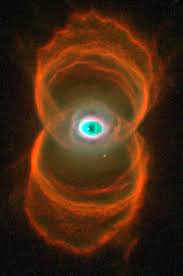 After diligently performing this practice 4 years ago, on the 16th day, when  the day and PSI were both coded by Kin 138, Cosmic Dragon and TMQ observed a ‘divine show’ which included the full moon as the pupil centered in a beautiful “Eye of God“.  Valum Votan agreed that this was a sign that oUR efforts will be successful, and that the ‘Lost Chord’ will be sounded, restoring  The Harmony of the Music of the Spheres.”
Just after the preceding words were written, TMQ received a call from two 21 year old Kins she met at Luminate, who walked the last 20 kilometers to Richmond.  They have totally unplugged from 12:60 life and are leaving here in the morning to walk their 13:20 path to Freedom and Enlightenment, initially via a 6 day trek through the rugged mountains of Nelson Lakes National Park.
Andy, Electric Eagle, and Ryan, Resonant Mirror (whose 4 letter names have 3 letters in common),  Alan,  Rhythmic Sun and Galactic Mirror are experiencing so many synchronicities, including the fact that we add up to Ryan’s very special number:  11.11  🙂
Our 7 hour long conversation shows no sign of abating, so the Cosmic Storm post will share about Luminate, and in particular, the fabulous talks by Jamie Janover of the Resonance Project.
Andy bears a beautiful map of oUR Earth on his chest, and this on his left forearm:
“I am the image of the world.
Inside is the spirit  of freedom.
A gift of nature,
Ever to be free.”
Blessings and Gratitude to the Kin who kept oUR 441 Cube energized, especially Christine Electric Skywalker and Melovia Crystal Moon  🙂  We’ll share yoUR comments at our Crystal  Mirror Round Table in the Resonant 23 blog, coded by Blue Cosmic Storm;
19.13:  “All is number.  God is a number.  God is in all“.
N.  S.  1. 23. 7. 22.   Cube 16:  INTELLIGENCE   Crystal Mirror Round Table

23 thoughts on “Kin 38: White Crystal Mirror codes end of the Resonant Cube Journey; and oUR Crystal Round Table”