I dissolve in order to love
releasing loyalty.
I seal the process of heart
with the spectral tone of liberation.
I am guided by my own power doubled.
I am a Galactic Activation Portal, enter me!
Today’s Oracle is associated with two Pacal Votan Clear Signs:  The Hidden Power is Kin 211:  Electric Monkey, and the G-Force is Kin 60:  Galactic Sun, which is also  Pacal Votan’s Galactic Signature.  The Antipode reflects this Gregorian year:  20.11.
10.11:  “Harmonic rearrangement of the synchronic order is multiply aesthetic: the atomic-cellular genetic rearrangements are intrinsically aesthetic; the techniques and celestial harmonics of rearrangement are by design aesthetic; the social forms required to evolve the techniques are biologically aesthetic. By the law T(E)=Art, PAN encompasses all and everything as a whole systems order elevating instinctual consciousness into the telepathic orders of continuing and super conscious.”

FREE WILL TOWER;
UR EARTH 2:  SOLAR EARTH;  “By the Sun and its growing brightness”
The Second Cycle of 113 days (of 7, until 12/21/2012)  brings the news that on the day coded by the Hidden Power of Self-Existing Human(s), “We the people have overthrown the regime!”
“A furious wave of protest swept Egypt’s President Hosni Mubarak from power Friday after 30 years of one-man rule, sparking jubilation on the streets“
http://nz.news.yahoo.com/a/-/world/8822159/end-of-mubarak-era-as-protests-topple-president/   ““…18 days of relentless rallies against poverty, corruption and repression caused support from the armed forces to evaporate.”

May we all   “Walk like an Egyptian” for Freedom!

18 million people live in Cairo, where demonstrations for FREEDOM lasted for 18 days.   Synchronistically, Christine 3 Skywalker shared this today, from the 13 Indigenous Grandmothers:
” The most important Journey we will ever take is the 18 inches from our mind to our heart.”
~ Grandmother Agnes Baker Pilgrim
The Victory of the People happened on the last day of the 113 day Cycle:  “Lord of the Dawn Arises!”
Debra 7 Mirror wrote of this here:  http://jaguarspirit.blogspot.com/

“On this day, February 11, 2011, as Egypt lays groundwork for a new beginning, we arrive at the 113th day of the first of seven 113 day cycles brought forward by Votan as a major cycle of transformation.  In October 2010, Valum Votan acknowledged that we had entered the last 791 (7 x 113) day cycle, “a galactic activation portal – a heightened phase of accelerating transformation.” Today, kin 49, Feb 11, 2011, is the 113th day – the end of the first of seven 113 day cycles, described by Jose Arguelles-Valum Votan, in his writing, “Galactic Spiral Density Wave and 2012: The Final Cycles of Transformation.” http://www.lawoftime.org/pdfs/GalacticDensitySpiral2012.pdf

Debra continues:  ““The Lord of the Dawn Arises” seems an appropriate description of the largest rising of the ONE universal spirit emerging in the events in Cairo that manifested on this day.  The second 113 day cycle is defined as “Lord of the Dawn Sets in Motion”. Certainly, political events, reveals of corruption, and the rising up of the human spirit in unity brings a new dawn that has ‘set in motion’ new progress on our road to transformation.  Thank You, Sister Mirror, for expressing this so beautifully  🙂

Quetzalcoatl, Lord of the Dawn, is “the  awakened rainbow consciousness that characterizes the self-luminous entry into the Noosphere.” 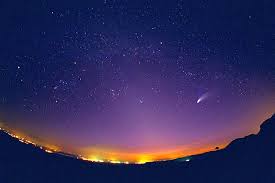 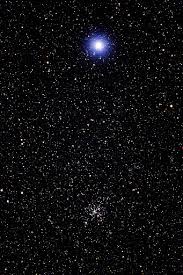 [The letters of Estella’s name = 74, Mayan for 144.  Her Hidden Power is Red Overtone Skywalker, which codes oUR next Day-out-of-Time, a.k.a. FREEDOM Day, and the  Crown Chakra of the 7th Lord of the Ring, whom we are now AWAKENING: Single Wing Red Fire  🙂

At midnight, we enter the 16 day Spirit Warrior’s Cube Journey of the Red Galactic Earth Moon  🙂