Another Magic TURtle Day that as Stephanie South says in the Almanac, “sets the next 28 days with double manifestation. Also note that today’s Elder Futhark is ‘Flaming Abundance’. Open to receive the manifestation of the abundance of the universe.  For the next 28 days pay special attention to the abundance you already have in your life. It is also a Dragon day which denotes birth or something coming into being.”

Pacal Votan   Telektonon...-101-..
101. “Thirteen moons, 20 fingers and toes, thirteen joints, four limbs, five senses do you already possess. God’s knowing and power of movement are already in you like a Mother pregnant with child.”
2013TimeShipPlanetaryKinHunabKrew.

﻿Yesterday,  Solar Skywalker:  113 relayed this information  about  ‘Thirteen” and “20“:The ChristchURch Cathedral contained Thirteen bells, and 20 people were believed to have perished in it during the catastrophic Galactic Sun Earthquake on 2/22/2011.

Debra 7 Mirror noted this about today’s Gregorian date:   4/4/2011﻿ [2+1+1=4]=4/4/4
“444 is defined in numerology as Mastery and Empowerment.
“The 444 that you see, is a representation of the fourth dimension as seen from a perspective of the third dimension. You are moving into the fourth dimension. Your relationship to everything around you is now changing and this is representative of this movement.  This is a time to incorporate mastery of self.  This is the time to step into your empowerment.  Though the attributes of the fourth dimension keep you from seeing yourself as empowered, know that incorporating empowerment techniques will serve you well at this time.  Every time you see the 444 re-member Mastery and Empowerment.”
[the cURrent number of comments to this blog contains Debra’s tone, and the triple 4:  4447  :)]
1.10:  “The supremely mental nature of time defines the imminent evolutionary stage of the human race as transcending altogether the third-dimensional physical concerns which have dominated the species operating unaware of the Law of Time.  The preoccupation of humanity operating with the Law of Time will be the cultivation of the prolonged mental structures of continuing consciousness and the subsequent experience of hyperorganic super conscious.”
The message from the Alignment Project, shared by Melovia 12 Moon  ‘aligns’ with the preceding messages;  “we are rekindling the sweet feelings of freedom – the freedom to do as whatever we want in the moment, the freedom to do nothing if we choose it, the freedom to venture inward, undistracted, and to gaze across the holy vistas of our own hearts and minds.”

Heptad 37 ~ Codon 58 ~ RADIANCE OF JOY : Song of the Galactic Octave
This double Magic Turtle period initiates the Moon of Manifestation and Divine Love.
Synchronistically, it also initiates a Day and Week whose numbers  signify the Ascension of Valum Votan:
37 days remain in his 49 day Bardo, on this day which is guided by Kin 49:  Planetary Moon.
This week’s Codon 58 reminds us that Valum Votan left the Planet on the 58th day of his 72nd year.
Today’s Analog is Planetary Mirror, which coded the Discovery of Pacal Votan’s Tomb.  we begin each Moon telepathically connecting with/redeeming Baktun 1, when Pacal Votan enters Earth, [3113 BC:  Star Planting;
and Katun 1:  Dedication of the Tomb of Pacal Votan:  9.13.0.0.0;  AD 692.
Today’s connections with Pacal Votan and Valum Votan are also linked by today’s Long Count:  Magnetic Skywalker, which coded their second incarnation as Quetzalcoatl. [a.k.a. “The Precious Twin“] 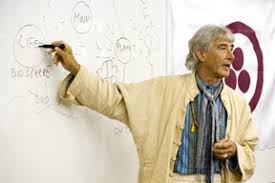 The Totem for the Tenth Planetary Moon is the Dog::God; representing Love, Compassion and Divine Loyalty.  This Planetary Moon is coded by  seal 19:   Storm:  God, which puts this moon’s focus on the aspect of Divine Loyalty.
The PSI for the day that Valum Votan Disincarnated is Kin 179:  Blue Planetary Storm.   This PSI also denotes its 13 Moon date:  17th day of the 9th Moon.  Like Pacal Votan, it is very clear that Valum Votan’s choice of day for Ascension was very precise and significant.
This first ‘full‘ 28 day Moon since his Disincarnation is a demonstration of the numerical significance  of his Death on Solar 17, whose PSI is always Kin 179, the same Kin that codes  this Moon: Kin 179; Planetary Storm.
19.10:  “The Judgement Day sequence is the Supreme revelation of God.  The unconscious time of test and trial completed, the Dominion of Time unfolds as the triumph of the self-existing self-reflective revelation of the Divine Plan and the expansion  of planetary life into cosmic unconscious, according to the law T(E)=Art.”
N. S.  1. 23. 10. 1.    UR EARTH 1;    ACCOMPLISHMENT Tower     Kin 101