I empower in order to purify
commanding flow.
I seal the process of universal water
with the overtone tone of radiance.
I am guided by the power of navigation.
I am a Galactic Activation Portal, enter me!
Overtone Moon codes this year and the current Root Oracle of  this year’s Bolontiku, Single Wing Red Fire.  Today’s Guide is PVCS Overtone Earth.  The G-Force is Cosmic Wizard, and the PSI for Planetary 9 is PSI Rhythmic Star.
The CDK is Resonant  Earth, which codes “Lord Seven Earth“, called “Ah Vuc Ti Cab” [by the Mayans] who mediates the plasmas described in today’s postulate:
9.5.  “Radion is the fourth-dimensional electrical fluid contained within the seven types of radial plasma stored within the Earth. Once triggered by telepathic comprehension of function, the seven types of radial plasma producing radion are time-released during a seven year cycle, AD 1993-2000. The timed release of the different types of radion is for the restoration of geochemical and magnetic balance.”

William in Bali shared this recently on the [his?] Kin 204 post:
“Superseding Human conceptualizations…more simple is the journey…the recollection of the ‘Realm of Love’…our home…the next journey in progress…simple truths, simple love commitments…Extraterrestrial fathering and love base existence…just wings of light bringing forth such colors, see us as a window…to God…There are those whom the constructs of this Universe and it’s functions are just a distraction to the experiences…it is so much to be busy with at just watching…and changing…all in Love…simple love…“
A few days ago,  Lauran,  Crystal Earth asked about the Birth Kin of  The Red Queen.  The date of birth of The Red Queen, discovered in Temple 13, with only an 8 adorning her Tomb is unknown.  Buried adjacent to Pacal Votan, and signified by her matching jade mask to be his spiritual equal, she remains shrouded in mystery.  Valum Votan wrote that this was a signal for her to remain  hidden/unheralded in this incarnation.
﻿
﻿VINAL 14:  KANKIN:  “Receives the Light of One Who Knows”

April 8, 2011 – JAPAN Japan’s Sakurajima volcano produced colorful fountains of lava, highlighted by lightning.  This photo was taken on Kin 105, the first day of this Wavespell, and the letters of   Sakurajima equal 105.
Synchronistically, the most disastrous event, in a year filled with unprecedented catastrophes isnumerically equals this 13 Moon year:  Fukushima = 109.
Yesterday, levels of iodine-131 that are 100 times above the limit considered safe in drinking water were discovered in Vancouver British Columbia.
http://enenews.com/recent-radioactivy-testing-vancouver-canada-shows-iodine-131-rainwater-almost-100-times-above-drinking-water-limit   [from another source:
“Spinach, salads, cabbage and other vegetables with large surface areas are among those food products that are particularly sensitive to iodine-131 contamination, if they are cultivated outside and exposed to rainwater. Washing vegetables does not help, as iodine-131 is quickly metabolised by the plants, CRIIRAD notes.]
April 12, 2011 – TOKYO – “Japan raised the nuclear threat level of its Fukushima Daiichi power plant from a level 5 to the highest level 7“

Japan suffered a 7.1 earthquake during the 13.10 watch of GM108X, one month after the 9.0 unleashed the deadly tsunami.   http://www.washingtonpost.com/world/japan-rattled-by-another-71-magnitude-aftershock-warning-for-tsunami-issued/2011/04/10/AFvsZSHD_story.html   Two more strong earthquakes occurred in Japan a few hours ago;  is Lord Seven Earth making a point? 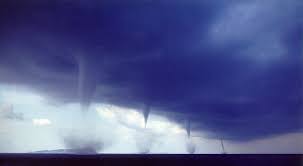 The 7:7::7:7 by Valum Votan tells us”  The ‘Seven Solar Witnesses’ represent higher dimensional Analog guiding functions mathematically in accord with the Law of the Inverse Seventh”. and on page 18:

“All is number.  God is a number.  God is in all”.  In the 7:7::7:7, number…is everything;  it is the telepathic cue card to higher foUrth-dimensional consciousness.”  He also writes on page 12:  “Prophecy has the last word.”