I channel in order to dream
inspiring intuition.
I seal the input of abundance
with the resonant tone of attunment.
I am guided by the power of vision.
Kin 33;  13.7:  Resonant  Skywalker is today’s Challenge, and it reflects that this is the 7th day of the 13th Wavespell.
PVCS Resonant Warrior is our Analog/Support as we enter the Crystal Spirit Warrior’s Cube Journey.
Today’s G-Force is Solar Serpent.   Crystal 7’s   PSI of  6.5 [Overtone World-Bridger:  Mike]  matches the Gregorian date:  6/5.  Debra’s Kin:  7 Mirror codes the Hidden Power.
Today’s Kin:  3.7  reminds us that today we begin the
3rd of the 7    “113-day Cycles of the Lord of the Dawn” which culminate on the 12/21/2012 Threshold.
Third 113-day cycle:  Yellow: “Lord of the Dawn Electrifies”
http://www.lawoftime.org/timeshipearth/articlesbyvv/spiral-density-wave.html
Moi 10 Serpent’s latest comment also  applies to this Third Cycle:
“we all Gnow each other by three though…”
elect-try-city33
Act-ivating Service
3.7:  “All geometric forms are radiative and derive from the fourth-dimensional radial matrix.   All fourth-dimensional functions are radial in nature and imply a principle of center from which the structure is projected.   This is exemplified by the graphic description of the Galactic Brain itself, where God is the projective center of a radial matrix whose holonomic consistency is never lost and which manifests as the synchronic order of the universe at any given moment.”

“The return of Quetzalcoatl – Lord of the Dawn – is a natural self-existing process built into the final 791 days of the “beam” – a 104,000-tun density wave pulsation.  The supermental powers of “galactic prophecy” program the beam, according to certain fractal timing principles set to occur or to be triggered at just the right moment.  The seven cycles of the Lord of the Dawn build up as ever-greater density zones of solar planetary excitation.   As these increase in intensity the destabilization of the material plane also increases, creating a descending curve of material destabilization.”
We are witnessing the material destabilization  now.  It’s more important than ever for us to focus on the “emergence of planetary consciousness – leading to the noosphere that commences after the 2012 threshold is passed.” 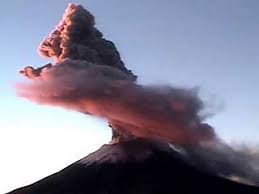