I activate in order to evolve
bonding synchronicity.
I seal the matrix of navigation
with the electric tone of service.
I am guided by the power of birth.
The G-Force of 3 Earth is Planetary MonKEY, while the CDK is Planetary Wizard, creating a powerful synchronization of planetary magic on the 24th day of the 6 Wizard year.
The Hidden Power is Kin 24,  reiterating the New Sirian date of 1.24.1.24.
17.3:  “Post-organic entities or angels are fractal free wave forms completely engaged in the intelligence of the mind of God, and receptive to input of super conscious hyperorganic entities or time transcending third-dimensional forms of devotion, prayer or meditation.”

In parts of the Northern Hemisphere, it is still Seli 23, coded by Lunar Warrior.  Its G-Force is 7 Mirror, which codes Debra  🙂  The CDK was/is 13.9:  Lord of the Dawn.  During the Challenge of PVCS Lunar World-Bridger [6.2] a 6.2 earthquake struck off the coast of Japan.

The name of the spacecraft causes it to be posted:  Pamela was TMQ’s Mother’s name.  This headline turned up a few minutes after looking up her Galactic Signature [Kin 44] and her Long Count:  Magnetic Eagle, which codes this 19th Wavespell  🙂

Here is a report of something else that is encircling oUR Earth: http://www.whatdoesitmean.com/index1512.htm

This article puts forth the idea that “that our Earth is in the grip of “Solar Madness” that is causing massive social and economic upheaval around the globe…”   While it is true that humanity is experiencing unrest, as evidenced by the recent rioting in England, China, Egypt and now India, Sweden and elsewhere, certainly the massive inequalities and injustice, caused by the 12:60 values, are also to blame.  The article describes   “how magnetic storms affect the human body”.  Many of us have been feeling the impact of the recent solar activity.   This week, solar flares are prompting high level discussions:  http://theextinctionprotocol.wordpress.com/2011/08/18/solar-flare-activity-prompts-nasa-news-briefing-in-washington/

The Galactic Mayans  designate our Sun as Velatropa 24.  Seal 17:  Earth, represents synchronicity, and synchronistically, 3 Earth reflects the Earth’s position as Velatropa 24.3, the third planet out from the Sun.

Thanks to Christine 3 Skywalker, for posting the description of the 1987 Harmonic Convergence, which unfolded [thanks to Valum Votan] exactly 24 years ago. 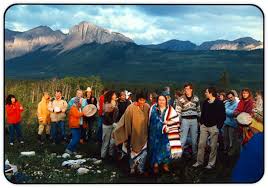 2013 is the mid-point of the current Sirian Cycle, which will end on 7/24/2039.  The second Sirian cycle since the Harmonic Convergence will commence on Galactic Wizard, first day of the 8 Wizard year  🙂 The end of the 22 Sirian cycles of 52 years each was heralded by the ‘Quetzalcoatl‘ Supernova 1987 A.

“It was discovered by Ian Shelton and Oscar Duhalde at the Las Campanas Observatory in Chile on February 24, 1987, and within the same 24 hours independently by Albert Jones in New Zealand.”