7 , a key number  of the 13 Moon Calendar was reiterated twice during this second week of the Fifth Overtone Moon:.  A 7.0 Earthquake which struck near the Falkland Islands,  was the largest ever in the South Atlantic.  Then, during a 24 hour period, an unprecedented  7 volvanic eruptions occurred.  http://theextinctionprotocol.wordpress.com/2013/11/25/7-volcanoes-erupting-in-6-countries-hours-apart-raise-speculation-of-doomsday/&#8221;Nov 23, was an explosive day on earth as seven volcanoes erupted hours apart from each other on the same day.”   This photo shows the aftermath of one of those 7 eruptions;   Mt. Etna in Italy:

The Kins coding this 13 Moon year [4.8:  Galactic Seed] and this Fifth Moon [13.5:  Overtone Skywalker]  combine to equal 17.13:  Cosmic Earth.  Our Earth seems intent upon getting our attention, [also with increasingly wild weather  around the world] and Cosmic forces are also making themselves more apparent.

The largest Cosmic explosion ever witnessed, “a quarter of a universe away” [3.7 billion light years away] was reported this week.  “ ‘This burst was a once-in-a-century cosmic event,’ said Nasa astrophysics chief Paul Hertz”.

7.1 is the vigesimal of 141.  My name and Valum Votan’s both equal 141, and the 7.1 Earthquake in Christchurch was on our combined Kin 149:  6 Moon.  Today, 7.1, it was reported:  “November 26, 2013 – NEW ZEALAND – The Canterbury earthquakes were even more unusual than first thought and unlikely to occur anywhere else in the world, new research reveals. ”

Besides the near daily arrival of asteroids and meteors from Maldek [our Asteroid Belt] we are now witnessing the rapid approach of a huge objects from the Cosmos:

‘Global Empowerment‘ through a big move away from war was ‘Accomplished”  3 days ago.  “The recent breakthrough in the Iran-Sextet nuclear talks, a geopolitical earthquake in itself, has also brought on many interesting aftershocks…The agreement is the most significant development between the United States and Iran in more than three decades of estrangement between the nations…the partial nuclear agreement between Iran and the world’s six most important powers proves that the West will not go to war with Iran and has no intention – far into the future – of undertaking military action in the region…”

‘Global Empowerment’ made an  economic stride this week, when Bitcoin, the egalitarian digital currency, registered more transactions than Paypal.  An even bigger, also under-reported, economic ‘shockwave’ also occurred during this Moon of Empowerment.  “China just dropped an absolute bombshell, but it was almost entirely ignored by the mainstream media in the United States. The central bank of China has decided that it is “no longer in China’s favor to accumulate foreign-exchange reserves“. http://www.sott.net/article/269042-China-central-bank-decides-it-is-no-longer-in-Chinas-favor-to-accumulate-US-dollars http://www.sott.net/article/269047-Matt-Damon-on-the-need-for-Disobedience-to-the-State    Matt Damon, Cosmic Night, shares some empowering ideas in this 5 minute video.  Ashton Kutcher [Crystal Sun], one of the most-followed people on Twitter, used that medium to  bring attention to the economic disparity between  Walmart [$17 billion] and its underpaid workers. http://finance.yahoo.com/blogs/the-exchange/ashton-kutcher-vs-walmart-173543025.html

Our own Cosmic Night transunit13 shared some great links recently.  I enjoyed the beautiful outdoor music competition ‘witnessed‘ by Gurdjieff, and this site:  http://www.thecorrectingtime.com/2013/11/techniques-for-receiving-divine.html

It was great to hear from Christine Barssiah 133:: 3 Skywalker recently:  “may the 13 moon standard ascend!”

Myth Seven wrote  “about crop circle from august 1 2007 .. that 18 cubes 144 triangles” and wondered about the creators of the Crop Circles.  Valum Votan confirmed to me ‘face-to’face‘ that he created this:

You may want to check out these interviews http://www.youtube.com/watch?v=T1Mn6vPA-ys in which a Russian Cosmonaut discusses Crop Circles and their origin.

Thank You Cosmos Pete of Queenstown N.Z., for one of the nicest comments ever [at About]    🙂    Belated Happy Galactic Anniversary to S’ace Kin 22:  Solar Wind [also known by several other monikers].  His latest blog shows a beautiful Peacock image, a radiant reminder of the Totem for the Fifth Moon.

Piety Piet duh Pious Poet Electric Eagle continues to be the most prolific contributor:  202 of the 1,000 most recent comments were from his incarnations as Piet Poet and RockSoilerToil TaleTattler.  Thanks Kin 55,  for linking the site of another Eagle [a Cosmic Arcturian], which contains this image, called “Elixir of 28 Flame Fractal”

The following day will be American Thanksgiving.  Let’s take Heart from the increased Empowerment of Humanity, and Radiate Gratitude on that day, and every day  🙂

It seems fitting that the “Bardo of 49 days” since  the Kin 222 post would end on the Kin that codes Valum Votan a.k.a. Jose Arguelles. At this moment, it is 11:11 p.m. on Kin 11.11, and the 9th  straight night of fireworks just ended an hour ago.  For nearly 400 years, England had a law that mandated fireworks every November 5th, to symbolize the burning of an effigy of Guy Fawkes.  The people had a different view of him, and Guy Fawkes is sometimes toasted as “the last man to enter Parliament with honest intentions”

Historian Lewis Call has observed that Fawkes is now “a major icon in modern political culture”. He went on to write that the image of Fawkes’s face became “a potentially powerful instrument for the articulation of postmodern anarchism”[h] during the late 20th century, exemplified by the mask worn by V in the comic book series V for Vendetta, who fights against a fictional fascist English state. 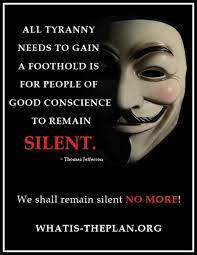 Russell Brand joined the ‘Million Mask March‘ in England, and rather eloquently articulated the issues here:

The new Tzolkin that began during this 4th Self-Existing Human Moon contains several ‘anniversaries‘.  8 days ago, Electric Night [3.3] marked the first ‘Galactic Anniversary‘ [260 days] since the huge Asteroid struck in Chelyabinsk Russia.  It literally Electrified the Night, as shown in this photo:

http://www.sott.net/article/268446-Chelyabinsk-meteor-explosion-was-so-bright-radiation-burned-peoples-eyes-and-skin     The Electric Night Asteroid is  the largest object to hit the Earth in over a century, and appears to  have been a harbinger of more to come.  http://www.space.com/23344-asteroid-threat-earth-united-nations-response.html

Russia recovered the largest piece of this meteor last week.  Apparently it also holds abundant material wealth as well as great spiritual value.  Valum Votan describes how 1 billion people pray  5 times per day to the Cube that contains a stone from Maldek [the Asteroid Belt].

A meteor [shown below] near Monterrey Mexico turned Night into Day early in the morning of the Magic Turtle Day:  Self-Existing Seed:  kin 4, which marked 6 Galactic Spins since the beginning of the Self-Existing Seed year.  2013 and The Mystery Queen began on the 18th day [1.18]  of that year, and this is the 778th transmission.  Vigesimally, 778 is written as 1.18.18.

4 days after the Magic Turtle Day, on 8.8:  Galactic Star,  this article synchronistically appeared:

“Astronomers using NASA data calculate that in our galaxy alone there are at least 8.8 billion Earth-sized planets that are not too hot or not too cold circle stars that are just like our sun, according to a study published Monday, Nov. 4, 2013”

Near daily sightings of meteors/asteroids  indicate we are traversing a dense part of the Asteroid Belt.  The article linked below describes a threat, known as  Herboculus, originating from beyond our solar system, but headed our way.

” The Egyptian Goddess Isis is often portrayed as the “WINGED DISC”. The wings represent the spirals and the disc represents the Great Central Sun of the Milky Way Galaxy, aka the “Great Mother” of our Solar System“.  I recommend this article:  http://cosmicconvergence.org/?p=13   which was 10 years in the making, and was just recently released  by Cosmic Convergence ” Because there is a need among many to know.”  Our entire Solar System is rapidly changing, and the Earth’s largest storm ever, which killed at least 10,000 this week in the Phillipines, is the latest example of that.  “Super typhoon Haiyan destroyed about 70 to 80 percent of structures in its path as it tore through Leyte province on Friday.”

Fukushima, whose 32 Month anniversary is today, is mentioned as an example of the grave terrestrial threats facing humanity.   “a collective consciousness filled with light and wisdom and love can serve to mitigate even the most severe consequences of wrong living”   Remember the exercises described by Valum Votan in the Postulates for 10., and in Cosmic History Chronicle 6, Ch. 10:  Pulsar Cosmology, regarding using  molecular spin to reverse environmental damage.  “Pulsar cosmology [which is a telepathic technology discovered by Valum Votan in 1992] is a new methodology for modes of thinking that are capable of altering conditions in the material and immaterial worlds…”

A more easily prepared for and remedied threat is possibly occurring in the U.S. on Magnetic Wizard [11/13/13]  That is when a huge ‘drill‘ is scheduled to close down the country’s power grid. http://www.activistpost.com/2013/11/irs-advises-of-power-outage-ahead-of.html

Another anniversary occurs 11 days after 11/11/13:  The 50th Anniversary of the assassination of President John F. Kennedy

Many people [including this writer] who can remember that fateful day in Dallas believe that tragedy was a turning point for America and humanity.  Another ex-pat American, prominent Mythologist and Author John Lash, expressed those sentiments in a recorded briefing today.  John was speaking one hour after a  strong earthquake shook his home in Spain, at 6.10 a.m., on 11.11.  Readers will know that both the Birth and Death of Valum Votan, kin 11.11 occurred precisely at 6:10 a.m., and that this 13 Moon year [per TMQ] began on 6.10:  Planetary World-Bridger [7/28/13].  Synchronistically, John Fitzgerald Kennedy was a Planetary World-Bridger  🙂

Two quotes from this brilliant and popular 35th President of America are applicable today:  “Those who make peaceful revolution impossible will make violent revolution inevitable”.  “Mankind must put an end to war before war puts an end to mankind.”

I’m so grateful for the many communications from dear Kin during this ‘Bardo‘ between posts.  Your wonderful comments, e-mails and occasional Skypes and telepathic messages helped maintain our connection, and motivated the posting of this overdue transmission.  Welcome to some new and patient subscribers.   Whether you are reading this on Dreamspell kin 11.11, or on Gregorian 11/11, this 11-petaled

Ancient Symbol of Protection, Grace and Blessings is meant for every one of  you  🙂