The next blog was planned for the 8th day of this Magnetic Moon whose totem is the Hummingbird.  But this brief transmission was inspired by awakening to the news of the latest crop circle.  July was a ‘bumper crop’ for crop circles:  31 ‘Interdimensional Signals’  were reported in the first 30 days of this month.  The was discovered a few hours ago:

Thank you for the comments from Vernon 221 [who coded the Cosmic Moon],  Jannis 7 Moon [with the ‘Peace‘ crop circle from his area of the Sun region] and Peace::Raven::Walker [Happy Galactic Return to you, 13 Skywalker  :)].  Piety Piet 55 weighed in with 4 comments, some of which I’m still digesting.  3 Eagle has written much more here this year than I  🙂

The Postulate for this Magic Turtle Day is a ‘timely‘ one to consider during this first full Wavespell of the Cosmic Turtle Calendar year.

14.1:  “AD 2013 is the synchronization point signalling the completion of all of the necessary exercises to open the interplanetary flux tube-time tunnels of the heliocosm.  Telepathic continuing consciousness becomes normalized, making possible the common functioning of the super conscious order.”

Pacal Votan believed it was critically important for humanity to return to the natural cycles of the 13 Moons.  He had the necessary information inscribed upon his tomb in Palenque, Mexico after his death in 683.  His beloved Bolon Ik [later known as the Red Queen], who was buried in the adjacent Temple [13] made an oath to bring the 13 Moons back to life.

1300 years later, Valum Votan [Jose Arguelles] decoded the inscriptions on Pacal’s tomb, and reintroduced and promoted the 13 Moons through years of global travel,  and many books, interviews and articles.

The next day, I learned of a crop circle that was placed 20 miles from my home, in which 28 circles [28 days in a Moon] extended from two high electrical towers, connecting with an 11-circled body that appears on the cover of Valum Votan’s book “Time and the Technosphere“.  The Two Towers referenced 9/11, which Votan’s book referred to as the ‘puncture in the Technosphere’ which leads to the Noosphere.   At the time, the 39 circles reminded me of 3×13, but during my trip to the Law of Time in Ashland a few days later, I learned that kin 39 was also referenced as 19:13, the time of the 9/11 message.

Since that ‘awakening‘, I have begun each 28 day Moon on Sunday, as Valum Votan wrote in so many places.  He had ample opportunity to correct me during our many times together, and never wrote anything to contradict his many statements that “Every Week, Moon and 13 Moon year begins on Sunday“.

The “Day-out-of-Time’ crop circle that appeared on July 22, 2006 [“3 days early” according to the Law of Time site] and hours after I did the suggested Day-out-of-Time meditations ‘three days early’ on Saturday::Cosmic Silio 28, was further confirmation that each year, Moon and Week ends on Saturday, and begins on Sunday.

The current ‘official 13 Moon Calendar’ is aligned with the Gregorian Calendar, and to ‘fit’ that crooked system, must skip a day or 2 each year.

The Cosmic Turtle Calendar counts every day,  just as the Mayan Long Count does.  The Mayan word for Day is Kin, which denotes the 24 hour period of a Day and Night alternation.  It doesn’t seem right to skip some of those days as the Gregorian and the ‘official 13 Moon Calendar’ do [Example:  Leap Day]

Today, Sunday, [7-27-2014] marks the beginning of a new 13 Moon year that is aligned with the more ancient and globally recognized 7 day week.  Today is also the beginning of a New Moon, and of a new period of time ‘ruled‘ by the Mahavidia: Bhairavi  {The Goddess who opens the Heart} http://www.oraclereport.com/

This is an auspicious day to begin “The Cosmic Turtle Calendar:  13 Moons of Harmony”  🙂  The Turtle has remained on this planet for 220,000 years with the emblem of the 13 Moons on it’s back, and usually 28 shells around the perimeter, to remind us of the 13 Moons of 28 days. 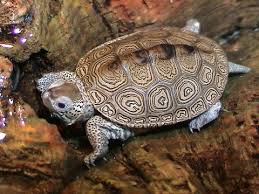 The Turtle will remain the totem for the 13th Cosmic Moon, but most of the Moons will receive a new totem in The Cosmic Turtle Calendar [in part so that they aren’t confused with the names of some of the 20 solar seals].

In the Cosmic Turtle Calendar, the new totem for the Magnetic Moon of Purpose is the Hummingbird.

“The hummingbird is a symbol of regeneration or resurrection.  The Hummingbird is the creature that opens the heart… With hummingbird consciousness, we learn the truth of beauty.  Our life becomes a wonderland of delights in flowers, aromas and tastes.  We laugh and enjoy creation, we appreciate the magic of the present moment, and the magic of being alive.‘

The Hummingbird has been memorialized by the Mayans, as this image of Quetzalcoatl with a Hummingbird shows:

The Star People imprinted the Hummingbird into the English crops on July 2, 2009

In Peru, a huge image of this tiniest bird was  imprinted in the Nazca Plains

During the Magnetic Hummingbird Moon we set our Purpose for the Year.  One of my goals is to post a blog for each Week of this Year, to facilitate others who begin each Week and Moon on Sunday.  Another goal is to move to the country which has 132 varieties of Hummingbirds [and an abundance of Turtles] before the  Cosmic Turtle Moon begins  🙂

Thanks to Jannis 7 Moon for sharing how this crop circle [discovered on Cosmic 20, coded by Kin 1:  Magnetic Dragon]: 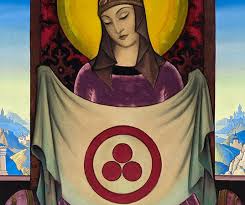 “As the Israeli operation Protective Edge has so far claimed over 1,000 dead, users have been flooding the web with dozens of photos of Jews and Arabs together showcasing Peace and Love, under the hashtag #JewsAndArabsRefuseToBeEnemies.  The campaign was launched by Abraham Gutman (Jewish) and Dania Darwish (Arab), both students at Hunter College in New York, immediately after the start of Operation Protective Edge in Gaza – and this week it gained momentum.”  http://rt.com/news/175792-jews-arabs-refuse-enemies/

Today is a global celebration of Peace, Harmony and Freedom, initiated by the proponents of the 13 Moon Calendar:  Jose [Valum Votan] and Lloydine  [Bolon Ik] Arguelles.  This is the first Galactic Freedom Day that we observe, without either of them.  Lloydine followed her husband into Spirit 70 days ago.

This beautiful image is from The Law of Time.

The Galactic Spin ended on the last Magic Turtle Day of the Galactic Seed year:  Kin Cosmic Sun [20.13] on the 19th day of the Cosmic Dragon Moon.  This intriguing crop circle [‘Interdimensional Signal’] appeared on that day:

Then, on the 20th day of the 13th Moon, [First day of the new Galactic Spin] this formation was reported:

Ammersee (Lake Ammer),Bavaria, Germany. Reported 18th July.   The following link is to an analysis  which correlates this crop circle to the first day of the new Galactic Spin [Kin 1:  Magnetic Dragon].:   http://www.cropcircleconnector.com/2014/Ammersee/comments.html

In the ‘official 13 Moon Calendar’, the Cosmic Moon ended yesterday, while in my system, today is the 27th day of the 13th Cosmic Moon of Presence.  The new 13 Moon year will be the 27th one since the Harmonic Convergence of 1987, and the new year begins on the 27th day of July.  Here is a photo of the Cosmic Moon’s totem, the Turtle, which illustrates cooperation, pleasure, beauty and synergy:

In Ecuador‘s Yasuní National Park, butterflies sip the tears of a  Yellow-Spotted River Turtle.  The mineral-rich liquid helps the butterflies reproduce.  In exchange, the Turtle  gets a good eye-cleaning  🙂

This brief last blog of the Galactic Seed year will be followed by a post on the first day of the new 13 Moon Year:  Sunday, July 27th, coded by Kin 10:  Planetary Dog.  The beginning of the New Year synchronizes with a New Moon  🙂  That transmission will explain why I continue to begin the 13 Moon Year [and each Moon and week] on Sunday, as decreed by Valum  Votan in so many places.

As I write these words, and post this blog, it is the Galactic Mirror watch of Galactic Star  :).  Perhaps the attributes of Truth and Integrity inherent in that Seal and Tone  are part of the reason I persevere with this version of the 13 Moon Calendar.  Let’s remain united in our devotion to the 13 Moons, the Mayan’s sacred  260 day Tzolkin. and our love for each other and our Earth.

On this Galactic Freedom Day, let’s focus on PEACE, which our Earth needs more than ever.

As Valum Votan wrote:   “PEACE is the all-abiding awareness which is the foundation of the One Mind.”