Pacal Votan Clear Sign and Galactic Activation Portal Kin 26:  Cosmic World-Bridger codes the 5 year [65 Moons] Anniversary of the first published transmission of “2013 and The Mystery Queen’ on August 12, 2009 [coded by Kin 21:  Galactic Dragon]  Interesting to observe that we advanced 5 years on the Gregorian calendar, and 5 days on the Dreamspell Tzolkin  🙂  Today’s Mayan kin is 5 Storm;  The two Kins coding this 5th anniversary combine into 5.5  🙂   The G-Force of 13 World-Bridger is also a P.V.C.S. and G.A.P.:  Kin 40:  Magnetic Sun.

“The chief difficulty which prevents men of science from believing in Divine as well as in nature Spirits is their materialism.“

Following the 13Moons is a step away from materialism [which is embodied in the Gregorian Calendar] and towards Nature and the Divine.   Today is the 17th Day of the Magnetic Wind Moon and the Cosmic Turtle Calendar:  13 Moons of Harmony, which both began on 7/27/14: D 10: Planetary Dog; M:  Lunar Night [which codes the next Moon].

During the Magnetic Hummingbird Moon,  our goal is to “Unify our Purpose” and ourselves.  This photo illustrates that beautifully:

In the last 4 Earth post,  Peace was named as a ‘tag’ for the first time. Oxford Dictionary describes Peace as ‘Tranquility‘, and peace of Mind’.  Wiki’s definition: “Peace is an occurrence of Harmony characterized by lack of violence, conflict behaviors and the freedom from fear of violence“.

War had roughly 3 times as many ‘results’ as PEACE.  Clearly, that is a reflection of the names of all the various wars that plague mankind, and not an indication of the huge overwhelming amount of people who desire PEACE, including those who are forced to wage war.

“Over 10,000 rallied at the White House [last weekend] demanding an end to the Israeli-lead bombing and destruction of the Gaza territory. The historic demonstration was the biggest anti-war march in over a generation and bore resemblance to anti-war rallies of the Vietnam War era.”

“But when the pawns refuse to play there will be no game.  The power lies not with the plans of the rulers but with the decision of each and every one of us, especially those in the military. Refuse to fight and reclaim your birthright of living in peace.”

Last week, more than 400 Ukrainian soldiers refused to kill their fellow countrymen in eastern Ukraine. They “defected” across the border to Russia and laid down their arms.  One of them, Yaroslav, said: “I want to do something peaceful.”

Some Israeli soldiers are also recognising that what they are doing is wrong. Dozens refused the summons to service:  “ We are more than 50 Israelis who were once soldiers and now declare our refusal to be part of the reserves. We oppose the Israeli Army and the conscription law.”  http://www.zengardner.com/soldiers-lay-arms/

The tragic conflicts in Gaza and Iraq  shouldn’t distract us from the  volatile events unfolding in the Ukraine.  Astute observers believe World War 111 will begin, and some believe it has already begun:  https://www.youtube.com/watch?v=6wJuB7Y-Mz8 .  This short video ends with the words:  “Your future lies in what happens in Eastern Europe“.

However, Russian President ‘Vladimir Putin the Peacemaker’ may strategically  [to continue with the Chess metaphor]  ‘Check‘ that action.  First, he is acting to relieve the humanitarian crisis in Lugansk, where “250,000 people have been left without water, electricity and communications for over a week in the eastern Ukrainian city of Lugansk. “We’re being bombed so severely, there’s hardly anything left to bomb” http://rt.com/news/179516-lugansk-electricity-water-catastrophe/

And Naomi Klein’s soon-to-be-released book ” This Changes Everything: Capitalism vs. the Climate.  addresses the core issue [which Valum Votan spent his life rectifying] http://www.sott.net/article/283464-Naomi-Klein-Our-economic-model-is-at-war-with-life-on-Earth

Last week, [on Kin 19] I was able to meet Kim Dotcom Self -Existing Night [self-described “Entrepreneur – Innovator – Gamer – Artist – Fighter – Father of 5 “] after his townhall meeting in Nelson with his ‘Internet Mana Party’. Kim was seated in front of  a large poster which might provide the first step in changing the economic model:  “Let’s hack politics and delete the government”

Last week, a tipping point was reached in the balance between Humans and Artificial Intelligence: http://www.sott.net/article/280215-Computer-passes-Turing-Test-for-the-first-time-after-convincing-users-it-is-human

The Second Half of the Magnetic Moon began with the Super Moon which may have been the ‘largest’ and nearest Full Moon since 1935! “During its full phase Sunday, the moon was about 31,000 miles (50,000 kilometers) closer to Earth than it is during its farthest point in orbit“.  The Moon was at it’s ‘fullest’ in the same hour as the maximum Perigee.  The 3rd and final one in this series of ‘Perigee Full Moons’ will occur on 9/9/2014.  It will also be accompanied by the Perseid Meteor Shower  🙂 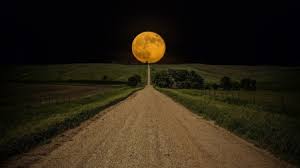 http://www.cropcircleconnector.com/2014/greenstreet2/comments.html  One crop circle analyst describes how the latest ‘Inter-dimensional Signal’ may have been signalling the Super Moons of 8/10 and 9/9/2014.  Several times he mentions ‘9 or 10‘, which are also the choice of the two Kins that began this 13 Moon year.

When this blog began 5 years ago, it was the one in 6 or 7 years that the ‘official 13 Moon Calendar’ happened to begin each Moon and Week on Sunday, as decreed by Valum Votan. When the next year began, I continued to follow the 13 Moons as I have since learning of them exactly 10 years ago.

The Cosmic Turtle Calendar:  13 Moons of Harmony remains synchronized with the 7 day Week and the Dreamspell stays linked to the Mayan Tzolkin which also counts every day [instead of skipping the Gregorian-contrived Leap Day as the ‘official 13 Moon Calendar’ does.     This choice  has regrettably alienated or confused some.   I strive to stress our common ground, while providing a 13 Moon Path that is grounded in Truth,  Harmony and Common Sense, and that was confirmed by the “Day-out-of-Time 3 Days Early” crop circle in 2006.

I greatly appreciate all of your support and input over these first 5 years  🙂  Next year, the ‘Official 13 Moon Calendar‘ will be in synch with The Cosmic Turtle Calendar —at least until Leap Day 2016!

The 6th year of ‘2013 and The Mystery Queen’ begins with a new Wavespell,  Wavespell 3: Power of Accomplishment,  and a Magic Turtle Day:  Blue Magnetic Hand.   The 3rd Wavespell begins in this 3rd week of the Magnetic Moon and leads us into the Lunar Night Moon. The next transmission [the 790th] will introduce the new Totem for the Lunar Moon  🙂