This Electric Seed Moon,  Kali Eighteen was ‘catalytic‘ in a different way:

The second of the Tetra of 4 Blood Moon Eclipses was on Electric 18.  TMQ was able to spend the last hour of Blue Overtone Night observing the entire Lunar Eclipse of the Full Moon.  It did exude a glowing golden red during its total occultation at Midnight.  Here in New Zealand, the Full Moon peaked 12 hours earlier, at the exact middle of the 3rd Week of the 3rd Moon  🙂

The next Dreamspell Tzolkin begins on the next Blood Moon Eclipse [4/4/2015]  and the new Haab year [of 18 moons of 20 day plus a 5 day Huyab] begins the day before.  This period of time in the middle of the Tetrad of 4 Full Moon Lunar Eclipses is a critical one for humanity and Earth.  It’s a powerful time to focus on Peace and our Planet.  These images serve to show us what is vitally needed. 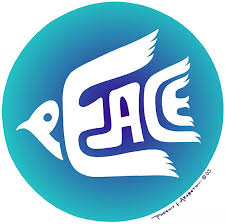 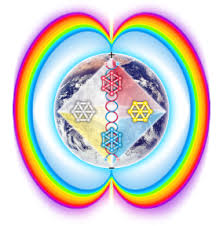 Kin 225: Self-Existing Serpent will code the Self-Existing Moon of Form, when we ask “What form is my Service to take?”  The Totem for the 4th Moon in the Cosmic Turtle Calendar is the Self-Existing CAT.  The Egyptians held the cats in highest esteem, maybe in part because “When a cat purrs within a range of 20-140 Hertz, nearby humans may be therapeutically benefiting from these vibrations. Purring has been linked to lowering stress, decreasing symptoms of Dyspnoea, lessening the chances of having a heart attack, and even strengthening bones“.

An Abyssinian cat [like the one in the Egyptian sculpture above] is sitting on my lap as I write this  🙂  Her name is OMA, for the Original Matrix Attained, and she has met Valum Votan, the originator of that term, several times.

Even domesticated cats can be ‘self-existing‘ when required.  When our neighbors’ house burned down, they left their cat to fend for itself in this ‘country-like’ suburban neighborhood.  She survived for over a year outdoors on her own, subsisting on birds, smaller creatures and fish from the creek [and petting and some food from me]. Her ‘owners’ finally moved into their newly built home this week.

The largest sculpture on Earth has a feline body:  The Sphinx in Egypt appears to guard the Pyramid of Ra [Cheops] . 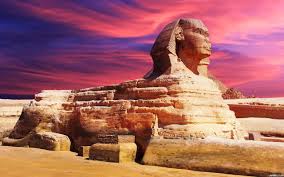 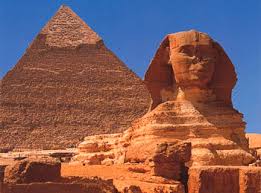 In Cosmic History Chronicles II, Valum Votan discusses the  terma of the six basic types of Cosmic Electricity hidden in Chamber 13 of the Great Pyramid of Ra.  On page 161 this synchronistic passage appears “In dum kuali, the central parton is Cat“.

Page 161 also contains a gem: ‘The Secret Chambers of Ra and the Tomb of Pacal Votan‘   :Of the 33 chambers in the pyramid of Ra, three contain information about Cosmic Science.”:  The 13th, the 5th and the 11th….”Complementing the Pyramid of Ra [Cheops] in Egypt, we have the two principle pyramids in Mexico, Pyramid of the Sun [Teotihuacan], and the Pyramid of Inscriptions  [Palenque], each with its secret chambers.”…’These are the three pyramids on the Planet where the most profound and supreme initiatic knowledge is vibrating and resonating.”

“Pacal Votan’s Tomb is the sole secret chamber of the Temple of Inscriptions at Palenque“.  1300 days after his death, we honor the man whose one of many accomplishments was to decode the priceless terma of The Tomb of Pacal Votan:  Valum Votan::Jose Arguelles. 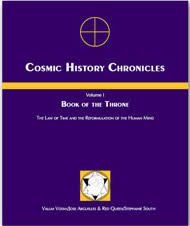 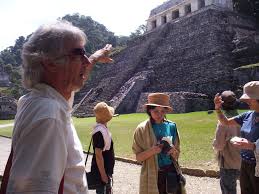 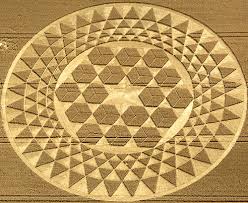 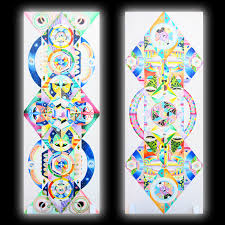 S’ace 9 Wind shared more about his own observations of the 28 day Moon [3 x 9 +1]. Rotoso 3 Eagle had lots to say during the Moon coded by his tone, including a video showing the 28 days of the Moon reflected in a 28 layered temple decoration, and referring to the ‘churning’ of the Milky Way and the Turtle in ancient legends.  55’s copious comments maintain our focus on the 13:20 ‘Back to Nature‘ ‘Self-Existing‘ Paradise  🙂 .  Melovia 12 Moon appreciated the 13 Moon Calendar discussion between 7 Moon and 8 Mirror; the ball is in Jannis 7 Moon‘s court.

Jay 1 Warrior [whose name shares the same C.G.F. as Votan;  both = 711] activated a response with his questions about the Cosmic Turtle Calendar.  As a result, The Cosmic Turtle Calendar is taking ‘Form‘  in time for the 4th Self-Existing Cat Moon of Form.  A single page will contain both the Dreamspell and Mayan Tzolkins, the PSI Chrono Kin, and the minimum information for the practitioners of the  Telektonon and 7:7::7:7.

I hope that as a result, there will be more people barefoot on the grass or ground, taking in the Radial Plasma Dali on Sunday through the vitris in their hands, transducing it through their Crown Chakra and sending it into our Earth through the vitris in their feet.  The corresponding Day::Radial Plasma [plus it’s action], and Chakra are shown in the first row of the Calendar.  Let’s use the Cosmic Turtle Calendar to synchronize each of the 7 Radial Plasmas from Hunab Ku with the consistently appropriate one of the 7 Chakras and 7  Days.

The Cosmic Turtle Calendar:  13 Moons of Harmony will be published before Sunday Self-Existing One at  http://cosmicturtlecalendar.wordpress.com/

24 thoughts on “1300 Days [5 Dreamspell Tzolkins] Since the Death of Valum Votan a.k.a. Jose Arguelles”