Today and tomorrow,  we are in the HEART of the Mayan  Dreamspell Tzolkin.  The 260 day Tzolkin [which literally means count of days]  was/is the most sacred of the 19 calendars maintained by the Mayans; Masters of Time and Mathematics.  This 130th day/kin  is coded by Kin 130:  Cosmic Dog; which represents Loyalty and Love of the Divine.

The affirmation for Cosmic Dog states:  “I endure in order to LOVE,
Transcending loyalty
I seal the process of HEART
With the cosmic tone of presence”

The Cosmic tone is the 13th, and  Thirteen is the key sacred  component in both the Mayan Tzolkin and the 13 Moon Calendar which is composed of 13 Moons of 28 days  {= a 364 day year}

“What is universally agreed upon is that there are some extremely important ‘mathematical relations’ utilizing the numbers 20 and 13 which were considered to be of great significance for all Mesoamerican cultures and specifically useful to the Maya for their purposes of divination. When these two numbers are multiplied the result is equal to 260. Thus, this 20 x 13 matrix is the essential core foundation of the Tzolkin and basis for its functionality within Mayan society.”  http://www.mayan-calendar.org/tzolkin.html

The White Mirror Wavespell of Endlessness  [the Tenth of Twenty  13 day Wavespells] and the first half of the 260 day Tzolkin;   end at Midnight which will be the precise heart of the sacred Tzolkin.  Then we enter the Eleventh Monkey Wavespell of Magic  🙂 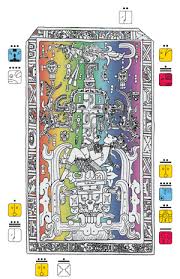 As decoded by Valum Votan/Jose Arguelles, the heavily inscribed  Tomb delivers the vital information about the 13 Moon Calendar of 28 days each.  [13 x 28  = the harmonic 364 day year].

The Babylonian priests sought to remove the sacred  number 13, which is the common factor in  the  cycles of the Moon, the Feminine, and the planets of our solar system.  They replaced the 13 Moons with the 12 irregular months of the Gregorian Calendar [named for Pope Gregory] and they removed  the 13th  constellation/astrological sign of Ophiuchus.

Jose {a.k.a. Valum Votan}and Lloydine Arguelles  re-introduced the 13 Moon Calendar in 1993.  The following year, the Tomb of the Red Queen {who was considered the Spiritual equal and partner of the  Great Pacal Votan} was discovered adjacent to Pacal Votan’s Tomb in Palenque, Mexico.  In 2010,  the 13th constellation was  re-instated as the 13th Astrological sign known as Ophiucus, the Snake-Tamer.  “Ophiuchus /ɒfiˈjuːkəs/ is a large constellation located around the celestial equator.” The Rho Ophiuchi cloud complex, and Johannes Kepler‘s drawing depicting the location of the stella nova in the foot of Ophiuchus.

“To acknowledge a 13th sign now might seem awkward for astrologers, who like the tidiness of 12 signs that rule over the 12 houses of the Zodiac. The heavens are alive and they do change after a few thousand years and the astrologer who wants to maintain accuracy must change along with the signs in the heavens.“
Those words also apply to our re-alignment with the 13 Moon Calendar, which reflects the 13 Full Moons in the heavens.  In The Cosmic Turtle Calendar {whose  Weeks, Moons and Years always begin on Sunday} today is the 9th day of the Fifth Overtone Moon.
The Sun spends only 19 days in the 13th constellation, and Ophiuchus spends most of its time in the 5th Overtone Moon of Radiance  This 5th Moon is coded by Kin 226:  Overtone World-Bridger, and it’s Totem is the Peacock.  The Fifth Moon and the 13th Cosmic Moon, whose Totem is the Cosmic Turtle, are the only two Moons to have the same  Totem as the ‘official 13 Moon Calendar’ {which is aligned with the Gregorian Calendar rather than the 7 day week}
The Peacock RADIATES beauty when it displays it’s  brilliantly colored  plumage:

Alpha-numerically.  Peacock = 54, and 54 is also the numeric value of the letters in ‘LOVE” and “MAYAN”  Synchronistically, LOVE when calculated via Valum Votan’s more complicated alpha-numeric system equals 495.  The BMU [495-441] of Love again equals 54  🙂
During the Fifth Overtone Peacock Moon, we ask ourselves:  “How Can I Best Empower Myself?”  We need to do so for the sake of our planet and her inhabitants.
Some current examples of empowerment include the following:
http://www.wakingtimes.com/2014/11/05/california-county-passes-historical-law-declaing-right-self-governance/

“The sacred rights of mankind …  are written, as with a sunbeam, in the whole volume of human nature, by the hand of divinity itself, and can never be erased or obscured by mortal power.” ~ Alexander Hamilton

“Yesterday, {Self-Existing 17} by a significant margin, {Mendocino}  became the first county in California, and only the second county in the country to pass into law a very powerful local ordinance that declares local self-governing rights in their communities over state and federal jurisdiction.”

Russia, whom Edgar Casey  predicted would be “The Hope of the World” continues to fortify and empower herself.  “Russia, , has amassed one of the largest gold reserves in the world to counter these economic warfare moves against the Federation… “Former US Federal Reserve ChairmanAlan Greenspan last week stunningly admitted, “Gold is currency, no fiat currency, including the US Dollar, can match it.”   “Russia [is] “fully prepared” to accomplish its end-game,  with its gold reserves and combined energy-mineral wealth (which is the greatest in the world valued at over $75 trillion),   http://www.whatdoesitmean.com/index1816.htm
http://www.sott.net/article/288576-Nowhere-to-hide-we-are-everywhere-Global-Million-Mask-March-as-it-happened-around-the-world

People around the world are increasingly Empowering themselves by making their voices heard in peaceful demonstrations, and through their successful lawsuits against Monsanto.  Perhaps the thought of fewer pesticides is what caused the Earth to manifest many rainbow smiles during the 3rd week of the 4th Moon   🙂  Thanks to rotoso 55 for this:   http://www.youtube.com/watch?v=NOXVDpQFHLM 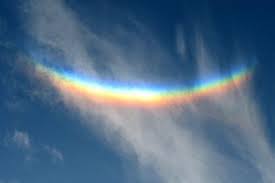 Here is an empowering and uplifting article, which is in resonance with the Mayan concept of humans being ‘cosmic vibratory roots‘ meant to transduce the 7 radial plasmas [building blocks of life]:

“If we’re an organic, cosmically influenced body of crystaline receivers and broadcasters in an alive and amazing all-knowing Universe, perhaps we’re exactly where we’re each supposed to be.  In fact, we’re probably carefully distributed to create a world-wide grid of truth!

Are we all truly strategically positioned for the best possible effect on the cosmos and the awakening?

We’re each generators, nodes, transmitters, relays, conduits and vessels of light, truth and love. The ultimate power of positive transformation. And we may be just where we’re supposed to be, lonely or not.   So take heart!”

This  797th blog is transmitted in the 5th year and 5th Moon since 2013 and The Mystery Queen began 70 Moons ago.  The Kin Equivalent of 797  [797 – 260 x 3] is 17:  Earth.  HEART and it’s anagram: EARTH both equal 52 [2 x 26]  During this 5th Overtone Moon, I am preparing to empower myself through a move from the beautiful  Heart of New Zealand [Nelson is the exact geographical center of the two islands of New Zealand] to the place I consider to be the HEART of the EARTH.

Just as Ophiucus lies along our galaxy’s equator, Ecuador is named for its position on the Earth’s equator  🙂  It’s rainforest is part of the lungs of the Earth, and it’s people  happily, co-exist with an incredible diversity of plant and animal life.  While geographically positioned on the center [Heart] of the Earth, it’s welcoming, courageous  people and President exhibit the Heart of the Earth in a compelling way.  Ecuador first came to my more focused attention when they granted  Julian Assange a safe haven.   Two weeks ago, their President Raphael Correa  stated:  ““I believe in the power of love, not the love of power,”  during a speech in the southern city of Cuenca“. 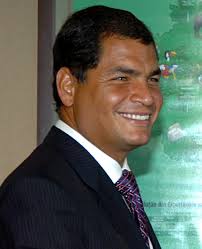 This  Harvard-educated economist has made strides in elevating the poorest Ecuadorians, improving the infrastructure and so much more.  A recent poll [based on public smiles] determined that Ecuadorians are the happiest people on Earth!

The Totem creatures for every Moon of The Cosmic Turtle Calendar:  13 Moons of Harmony  reside in this Paradise nation.  I will live in a beautiful ‘Sacred Valley‘ which attracts people from around the world who live in  harmony with the Earth and with each other, resonating with the 13:20 lifestyle. A plethora of stars light up the night sky.

The ideal conditions for spiritual growth and optimal health, longevity and happiness are Empowering.  During the  Rhythmic Moon of Equality and Balance I will move to where Day and Night are always equally balanced  🙂

Thank you for your e-mails, comments and ‘Likes‘.  May each of us make empowering choices during our remaining time in the 7th central column of the Dreamspell Tzolkin, and the Fifth Overtone Moon of Radiance, while under the canopy of the 13th constellation of Ophiucus  🙂