The 8ooth blog contained many numbers that indicated Our Earth {=106}.  5 days later, a 6.4 Earthquake struck 90 miles from here, and it was felt throughout all of New Zealand.  The earthquake occurred at 15:36  on Kin 21: Galactic Dragon, which was also the 15th Galactic Return of this blog.  Kin 21.  Galactic Dragon is the Galactic Signature of ‘2013 and The Mystery Queen‘,  the Analog of this Galactic Mirror writer,  and the G-Force of Valum Votan.  Valum Votan::Jose Arguelles’s last complete year on Earth was coded by 6.4:  Self-Existing World-Bridger.

The following day, the massive 7.9 Earthquake struck Tibet, causing over 2,200 deaths, and the collapse of centuries-old temples.  The death toll and humanitarian crisis continues to escalate. http://indianexpress.com/article/india/india-others/strong-tremors-felt-over-north-india-reports-suggest-nepal-as-epicentre/  The numbers for the {PVCS} 7.9  on  2.9 [Kin 22:  Solar Wind] equal  9.18 – 20.13 = 9.5:  Kin 109 [Overtone Moon is the S.G.F. of  Fukushima which alpha-num = 109.  The location of the 7.9  earthquake: Nepal Tibet also equals 109.

“Almost exactly a year ago, an avalanche killed 16 Nepali guides in what was the single deadliest day on the mountain.”  The 7.9 Earthquake triggered an avalanche at Mt. Everest which has tragically surpassed that grim toll, with at least 18 dead, and many more climbers injured and stranded on the world’s tallest mountain.

During the period between the 6.4 and the 7.9  earthquakes, the eruption of the Calbuco Volcano in Chile displayed this erie image of lighting and fire.  http://www.mirror.co.uk/news/weird-news/calbuco-volcano-ufo-mystery-after-5575467 This articles describes a UFO above the Volcano.  Volcanic activity is greatly increasing.  During this Planetary Moon, there are more active volcanos than usually occur in a year.

This is a most turbulent time on our beautiful Earth, in more than the many challenging geological events we are experiencing.  War, famine, planetary poisoning, and looming military coups are some of the threats we need to address immediately.  The solutions do exist, and are awaiting our unified action to be implemented.  Humanity is awakening to the Truth that exists outside of the Matrix.  Information is more readily available than ever in our lifetimes, but that window of light [information]  may be closing.

“Synthesizing information in this new found awareness then becomes thrilling, while at the same time a daily challenge.  Being well informed about the illusory nature of this level of existence we’ve been injected into is imperative in order to stay free from its many traps and ensnarements.”  http://www.zengardner.com/whirled-peas-realizing-reality/’

A shift towards a more positive direction has already begun:

“Russia and China have risen to physically reset the current financial quagmire that will put us all on a very different financial, military and political course: A course that will build upon responsibility and sanity to literally create a solution that has the capacity to pull us all back from the brink of nuclear annihilation.”

7 weeks ago today, I awoke from a long vivid dream with Vladimir Putin, in which I told him he was the man who was making Edgar  Cayce’s prophecy come true.

http://www.theeventchronicle.com/study/edgar-cayce-russia-hope-world/  This article is written by an American anti-nuclear activist who now lives in Ecuador.  This photo shows the President of the country that is the HOPE of the World greeting  President Correa of Ecuador,  the country I call the HEART of the world:

Other news that demonstrates the capacity to cooperate with the sentient being that is our planetary home:

The ‘Educating Humanity‘ site was created by New Zealand airline pilot and author Bruce Cathie, [Resonant Seed] .  I regret not meeting him before his death in June, 2013.  As one person wrote:  A very easy prediction to make is that one day everyone will be curious [about] who Bruce Cathie is”-

Under the site category”  “Why extra-terrestrials visit Earth” he wrote

“Most people believe that extraterrestrials are visiting Earth to monitor the progress and behavior of humanity.  To a certain extent that might be true, but it is much more likely that they are periodically coming here to examine the health of Planet Earth. After all, even our scientist are beginning to come around to the idea that Planet Earth is a living sentient being. – See more at: http://www.educatinghumanity.com/2014/10/why-ufos-visit-earth.html#sthash.S5N0SAWf.dpuf

Bruce Cathy also writes:  “UFOs have a long and documented history of appearing just after natural or man-made catastrophic events.  There is not much question that they are keeping their eye on the prize we call Earth.” 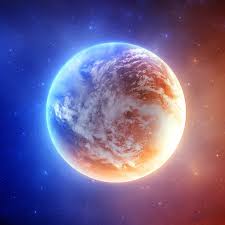 “Local researcher Sergio Gomez announced the discovery on Friday of “large quantities” of the element [Mercury] underneath the Pyramid of the Feathered Serpent – the third largest in the ancient ruined city of Teotihuacan, which is shrouded in mystery and was once one of the largest in the hemisphere… there used to be 200,0 00 [Mayans?] , living amongst gargantuan stone pyramids some 1,300 to 1,900 years ago.

“Visitors look at the archaeological site at Quetzalcoatl’s Temple‘   Three chambers located 39 feet below the temple are being investigated.  Results will be revealed when the dig ends in December 2015.

Jose Arguelles assumed the name of Valum Votan when he was named “The Closer of the Cycle‘ atop  Teotihuacan’s Temple of the Sun on March 3, 2002.  The new Cycle that began in December 2012 is proving to be one of great change.  May it lead to the new age long prophesied by the Mayans and other great seers.  Then, we will manifest the dream envisioned by Valum Votan and expressed in his many books, including 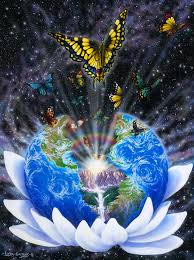 Earth Ascending [which] postulates a planetary design which envisions the evolving field of Earth in relation to the galactic whole.  Earth Ascending is a workbook for human and planetary survival.  Earth Ascending demands a stretch of consciousness”  Valum Votan  provided us with tools for stretching our consciousness, including the 13 Moon Calendar, the Dreamspell Tzolkin, the 7:7::7:7 Telektonon Manual, and the 441 Synchronotron.

2013 and The Mystery Queen will resume daily posting when use of these tools will have maximum effectiveness, during the 218 days [beginning July 26, 2015] when the official 13 Moon Calendar and the Cosmic Turtle Calendar are both beginning each Week and Moon on Sunday, as proscribed by the instructions for these tools.

May the final week of the Planetary Deva Moon bring relief for the victims of the 7.9 earthquake, and more Peace on Earth