The 8.4 earthquake  in the Mayan heartland of Mexico was even felt at Lake Chapala [Mexico’s  largest lake] which I now overlook from my hillside home.  The 8.4 Mayan earthquake [ http://www.latimes.com/world/la-me-earthquake-mexico-8-20170907-story.html%5D shattered Chiapas [where Palenque is located] just minutes before GM108X;  8.4, Self-Existing Star dawned.  That 108th day of the Dreamspell  Tzolkin [of 260 days/kins] is known as GM108X, signifying the Galactic Mayan Transmissions emanating from Pacal Votan’s magnificent Temple of Inscriptions.

Exactly 13 years ago, on 9/11/2004, while reading and writing notes about the sacred information at Valum Votan’s website, a mysterious message appeared on the upper right quandrant of my computer.  The first line I understood said that as of that moment in time, 19:13, [it was 7:13  p.m.] I was ‘awakening to the Prophecy of the Red Queen‘.  That was the name initially given to the woman found in 1994 in Temple 13, the pyramid adjacent to the tomb of Pacal Votan.   She was recently identified as  Queen Ix Tz’akbu Ajaw, Pacal’s only wife, and his spiritual equal.   Itzadragon’s website provided the image above, and her excellent article about Pacal’s wife, ‘the Mother of the Palenque Dynasty’ :  https://itzadragon.wordpress.com/category/divine-feminine-balance/

The next day, in a quest to understand that message [later identified as a Synchronic Readout from Valum’s site, LawofTime.org.] I searched for the several crop  circles that appeared a year earlier, 20 miles from my Benicia home in Solano County, California.  My search revealed a more recent formation [also 20 miles from my home] that contained 39 circles, 28 of which emanated from two electical towers. 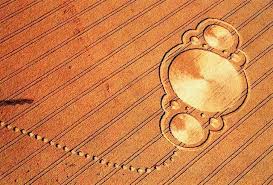 Therefore, numbers will show why the Cosmic Turtle Calendar; 13 Moons of Harmony began it’s first year in synch with this Gregorian year, 2017.  Pacal Votan believed it was so critical for humanity to return to the natural cycles of 13, that he gave precise instructions for the 9 year construction of the Temple of Inscriptions which displays the information  of the 13 Moon calendar, and which Valum Votan decoded and worked tirelessly for over 30 years to promote.

During the last 13 years, I have received copious signs  that my mission is to release a 13 Moon Calendar with each Year, Moon and Week beginning on Sunday [as Votan had repeatedly written] .   The current ‘official 13 Moon Calendar’   is tied to the Gregorian calendar [starting on July 26] which means it begins on a different day each year.

When we follow the 13 Moons of 28 days, [instead of the 12 irregular months of the Gregorian calendar], we will experience an increase in synchronicity, harmony and telepathy.   The Cosmic Turtle Calendar begins each year on Sunday, and like the original Mayan Tzolkin [and unlike the current 13 Moon calendar-which does not count July 25] the Cosmic Turtle Calendar counts every day, including the Gregorian construct of a ‘leap day‘.  It maintains a consistent correlation with the ‘Mayan Tzolkin’.

The Cosmic Turtle Calendar bears the name of the Turtle because turtles carry the 13 Moons [it’s carapices] on it’s back.  It is said that turtles were placed on Earth millions of years ago to remind humanity to return to the  path of the 13 Moons, which reconnect us to the cycles of the Moon, of Women and other creatures.  Humans are the only species who deviated from natural time, and the Earth and humanity will greatly benefit by our return to the 13 Moon calendar.

The Cosmic Turtle Calendar began on a  Sunday, with the highest degree of synchronicity:  A new Gregorian year, a new Wavespell and a new 13 Moon Calendar all began on 1/1/2017.  The Kin [118:  Magnetic Mirror] matched the tone of the Magnetic Moon of Purpose whose qualities are Attraction, Unification and Purpose.  This is doubly auspicious for the Cosmic Turtle Calendar, whose Purpose is to Attract humanity to the Path of the 13 Moons, in order to Unify us  🙂

The 10th Mirror Wavespell leads us into the 7th mystic center of the 260 day Tzolkin, the most sacred of the 18 calendars used by the Mayans.  The Magnetic Mirror attracts Order, Truth, and Alignments with the Divine.WHITE MIRROR WAVESPELL TEN

The Mirror Wavespell codes the 13 Moons of this Year, which means the last 10 Moons of the year will be coded by Kins inside the Mystic column.  This 10th Planetary Moon is coded by kin 127:  Planetary Hand.

It will be Solar Skywalker [13.9] on 9/13 [September 9th] in New Zealand, by the time this post is published.  In the Cosmic Turtle Calendar, we are in the 10th Planetary Moon of Manifestation.  The 8.4 ‘Mayan Earthquake’ during the 9th Jaguar Moon of Intention solidified my intent to ‘Manifest‘ [beginning with this brief introduction] the ‘Cosmic Turtle Calendar:  13 Moons of Harmony‘ during the 10th Moon of Manifestation.  13.9 on 9/13  is Planetary  Four [10.4 is a Pacal Votan Clear Sign]  Kin 113 can also signify 11.3, another P.V.C.S.  Day 4 correlates to the Catalytic 4th Radial Plasma;  Kali.  Now, these 7 Radial Plasmas will be always be consistently aligned with the same day of the week.  Kali will always fall on a Wednesday.

Solar Skywalker is the 8th in the stream of 10 Galactic Activation Portals.  This run  of G.A.P.s   included the 8.4 Mayan Quake that shattered a large part of the Americas [it triggered activity as far away as Yelowstone] and it finally evoked the release of the Cosmic Turtle Calendar.  May it also include the beginning of humanity’s return to the 13 Moon calendar [beginning always on Sunday,  as Valum Votan frequently stated].

The Cosmic Turtle Calendar:  13 Moons of Harmony is offered in gratitude and service to Pacal and Valum Votan, and to the Mother of the Palenque Dynasty,          Queen Ix Tz’akbu Ajaw.

In La’kech;  In Peace and Love

6 thoughts on “The 8.4 ‘Mayan Earthquake’ Triggers the Release of the Cosmic Turtle Calendar: 13 Moons of Harmony”