I harmonise in order to reflect,  modeling order.   I seal the matrix of endlessness with the galactic tone of integrity. I am guided by the power of spirit.

The Resonant Moon and 7th Tzolkin channel can also represent a void, and technical circumstances have created a void for this blog during this eventful, auspicious period. [ This post will be brief, till it is successfully published;  I am hopeful, since this is the first time in 17 days that I’ve been ‘allowed’ to write, though still with challenges]

This “Resonant Journey” included the beginning of the 5th 113 day cycle:  ““Lord of the Dawn Manifests Cosmic Radiance”  We entered this cycle on Resonant 8, the day of Melovia’s 52nd birthday [“Happy Solar-Galactic Return!”] and the   Birthday of  TMQ’s Mother.  A few days later were the Galactic Returns of Cole [PVCS 2 Human], and Christine 3 Skywalker.  The Chinese New Year of the Dragon began at the mid-point of the 13 Moon Year. 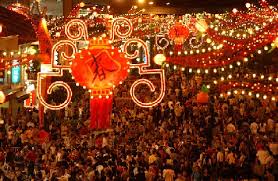 I’m experiencing more problems/idiosyncrasies as I write this.    Thanks so much for your comments, concern, and support.  Jannis 7 Moon [whose Kin codes this moon] spent time trying to resolve these wordpress technical issues  for me.  If this post doesn’t publish properly,  I  may  delete some posts, to see if that clears up the problems.

In spite of the technical difficulties,  oUR  connection  endures  🙂

I define in order to nurture,  measuring being.
I seal the input of birth with the self-existing tone of form.
I am guided by the power of navigation.
Analog 4 Mirror reminds us that this is the 4th day of the Mirror Wavespell.
Kin 17:  4 Earth, also known as Nahui Ollin is “Guiding”  us today.
Antipode 4 MonKEY coded the “Puncture in the Technosphere“ on 9/11/2001.
Self-Existing Monkey also codes the last day of the  Fourth 144-day Cycle, Return of Sacred Power, “Give form to the Power”, which began on 5 Moon [Dec. 28, 2011]
Today’s Kin 121 and Hidden Power [Kin 140:  10 Sun] frame the beginning and end of the central 7th Mystic Column of this last  complete Tzolkin of the 13 Baktuns.
13.8, Galactic Skywalker codes today’s Long Count Kin.
4 Dragon’s  G-Force is Cosmic Hand:  7.13, and 207 [Crystal Hand  :)] minutes after the Full Moon peaks, we enter the 7th Resonant  Moon of the 6 Wizard Year.  Synchronistically, this Resonant Moon is coded by Resonant Moon:  Kin 187 🙂

Today’s Kin 121 is the Galactic Signature of the Law of Time,  founded by Valum Votan/Jose Arguelles and his partner Lloydine.   The Law of Time [now in the hands of Stephanie South 185, Votan’s co-author of Cosmic History Chronicles] has provided a quote from CHC for each Kin of the 13 Moon year.  Here is the quote for today, Rhythmic 28:

“Infinity is the mind of God or the instantaneity of all-encompassing, interdimensional space loaded with the telepathically structured programs of existence”

Tomorrow, Resonant 1:  “Mind takes different data in the phenomenal realm through the senses and structures and organizes it into images and language”

“The mass interest in 2012, whether fearful or hopeful, is already a shift in consciousness.   Something is going to happen.  But what that is actually is up to us.  We can go into fear or we can generate the kind of positive co-creative script the world needs in order to conclude and regenerate the cycle on a successful evolutionary note… It is not a matter of passively waiting for something to happen.  Once one has heard about 2012, one is called to action to help re-define the new reality.”

That last sentenced is reiterated in a message conveyed by James Tyberron  of Earth-Keeper.com :

The energy of the New Earth demands more effort on your part.  You must proactively raise your frequency to adjust, to keep pace. You must manage expectation and rise to the occasion.

2012 is not an end, rather it is the true Beginning.  Accordingly 2012 is the expansion of dimensional access on the New Earth…the movement into greater dimension, crystalline frequency, is now tangible.  It effects you, influences your Beingness in a powerful manner in the shift.”

In 8 Kins/days, the 5th 113 day Cycle:  Lord of the Dawn Manifests Cosmic Radiance”  begins on Kin 129:  12 Moon [Jan. 17th, Melovia’s Solar-Galactic Return and the birthdate of TMQ’s Mother  :)]  Valum Votan alerts us to “Anticipate major 12:60 destabilization during this cycle”, as it is “Darkest Before the Dawn“.  During this period, it’s vital to remember that Sacred Power is steadily increasing.

149 days from now [including Hunab Ku 0.0], the Venus Return occurs on  9 Moon.  During the dawning of 2012, TMQ experienced many synchronicities, most were about the Venus Return.    The last day of 2011 was on Rhythmic 19, and the  rains that had begun on Overtone 19, after the Earthquake TMQ at 19:19 had continued almost nonstop.  New Zealand experienced the heaviest rains in her history, during the month of December]  We decided to end our 18 day North Island trip 6 days early, and headed back towards Wellington.

During the drive, TMQ noted that the alpha-numeric values of Wellington is 131:  11.1 [Magnetic Monkey, which begins the Tzolkin’s Cycle of Return.  We had planned to be on the ferry during New Year’s Eve, to see the fireworks planned at both ports.  However, the fireworks and ferry service were cancelled due to stormy weather.  Lying awake all night gave ample opportunity to experience and calculate numbers associated with the dawning of 2012.

Knowing that our ferry ride would be during the 9.9 watch of 9 Skywalker reminded TMQ that 9 Moon codes the Venus Return on June 6.  An exhibit we visited during our trip had said that Captain Cook was sent to the South Pacific to observe the Transit of Venus Return on June 3, 1769 [10 Monkey].  It felt significant that we would be traversing Cook Strait, named for him during that voyage,  during the 9.9 Watch that codes the 9.9  2012 Transit of Venus.  That is  the “Return” of the Venus Transit of 2004, which inaguarated the 7 years of the Mystery of the Stone, and the 8 Years of Harmonic Convergence which ends with the 9.9 Venus Return.

Next,  TMQ realized that Cook Strait also equals 131, for the ‘Return Journey’ [of the Tzolkin, our Return to the South Island, and of the Venus Return!  Next morning, while on the ferry’s deck, reading her first pages of 2012, [ “Book of the Cube”] 113 was mentioned a few times.  Since it was Kin 113, I was urged to check the chapter and page:  It was page 144,  the  9th page of Chapter 9, !  I looked out over the ocean, and saw a fin, and told 6 Sun to look there.  Within a few seconds we were observing scores of Dolphins!  The time was 10: 44  🙂  Some of the Dolphins were paired and  jumping [for Love and Joy] in unison, as all of those on deck watched, entranced, for about 20 minutes  🙂

These synchronicities, highlighted and shared with so many Dolphins [the first Dolphins I’ve seen in 5 years]  were such a beautiful omen for 2012.  After  lunch in Picton, we walked along the beach during the kin 243:  9 Night Watch,  and read a huge plaque honoring Captain Cook.  The next day, I learned Captain Cook’s galactic signature:  Kin 243:  Solar Night, also known as Votan’s “Heart of Nine“.  The perfection of the ‘Dawn of 2012’ was sealed, when I learned that the Transit of Venus [which is comprised of two appearances 8 year’s apart]  happens every 243 years!

Jannis 7 Moon [whose name calculated via the VV Method equals 220:  20.12] synchronistically/telepathically noted yesterday that Valum Votan ascended 441 days before the 9.9 Venus Return.   TMQ is so grateful for yoUR ongoing input  into oUR 441 Cube, during her longer-than-expected hiatus from posting.  Unfortunately, ongoing computer challenges and time constraints prevent individual  acknowledgements today.

YoUR comments demonstrate a telepathic and loving connection as we begin the penultimate year of 2012, during which we Close the Cycle with the Rainbow Bridge of Telepathy and Unity.  The 180 degree Rainbow that appeared moments after the Crystal Night [Kin 103] Solstice in Lake Taupo [=103] was a powerful sign that we will manifest the Rainbow Bridge for the 2012 Solstice. The ‘Ultimate year’ [in our lifetimes]  is 2013, when a new cycle begins, as we prepare for and manifest oUR Galactic Synchronization on 7/26/2013, Galactic Seed.

May we all experience Love, Joy and Unity throughout the momentous end  of the cycle, and the beginning of Sixth Sun of Consciousness.  🙂