5 ‘Inter-Dimensional Signals’ appeared during the 11th Spectral Moon of Liberation, and two were comprised of two key numbers of the synchronic code;  4 and 13:

This formation, was found 13 days ago  on Pacal Votan Clear Sign and Galactic Activation Portal Kin 57:  Overtone Earth.  Kin 57 marked 57 days until GAP Kin 114:  Planetary Wizard, when both the official 13 Moon Calendar and The Cosmic Turtle Calendar begin a new 13 Moon year.  The Mayan kin for that day was Kin 10: Planetary Dog, which codes the current Cosmic Turtle year.  May 30th  was the 18th day of Haab 2. 18.2 is kin 158:  Lunar Mirror.  ‘Cosmic Turtle‘ alpha-numerically = 158  🙂

The 4 partial circles could denote the 4 Weeks in a Moon, and the 4 ‘Mayan-styled’ parts of the inner circle could represent the 4 Watches of each Mayan kin/ day, which correspond perfectly with the daily Sunrise, High Noon, Sunset and Midnight in Ecuador  🙂  The following graphics from http://www.cropcircleconnector.com/2015/gorcombe/comments.html

also illustrate that this “Inter-dimensional Signal‘ can also represent the 4 directions and the 4 seasons.  The ‘Hunab Ku‘  graphic further delineates the Mayan and ‘galactic‘ interpretation of this formation.

This 13-themed formation imprints the sacred importance of the number 13.  It’s a reminder of the 13 constellations [now that Ophiucus has been re-instated] and of the 13 tones of the Mayan’s sacred Tzolkin.

The numerous Thirteens in this Crop Circle also represent the  13 Moons [of 28 days] of the Calendar Pacal Votan preserved in his Tomb,   which was retrieved and disseminated by Valum Votan::Jose Arguelles. 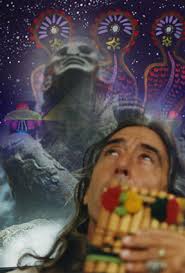 In honor of Kin 11:  Valum Votan‘s  dedication to restoring humanity to the sacred  and harmonic rhythms of the 13 Moon Calendar, the  Totem for the 11th Spectral Moon of the Cosmic Turtle Calendar is the Magician, the 11th Archetype.   Kin 11,  Spectral Monkey is comprised of the 11th Seal of the Magician Archetype and the 11th tone of the Spectral Moon.  Here are some verses from a beautiful poem by Magician Valum Votan,called Solar Magician’s Spell:

“.. I pray that the magic that dissolves the multiple appearances of things into a luminous oneness
might burst like a flame in the deepest most broken recesses of my heart releasing a song of unutterable joy.

…and most fervently I pray that the great magicians Merlin entombed in the Hawthorn Tower
Pacal Votan sealed in the Ninth Vault of the Holy Night
with their train of harmonic sorcerers might suddenly return
appearing at first from Earth’s resonant core as vibrating filaments of crystal light
phantom-spread upon civilization’s dark and crumbling wall.

and I pray that from that ghost-light manifestation
beheld by innocence as truth itself
the sorcerer powers might spread like angel flame through warrior hearts
causing all those Lords and Ladies of the Cosmic Court
to awaken again to their power in time to bless this planet
with the awesome splendor of their tender might.”

The Cosmic Turtle Calendar‘s Totem for the 12th Crystal Moon of Cooperation is the Bee.  Synchronistically,  BEE [2+5+5] = 12 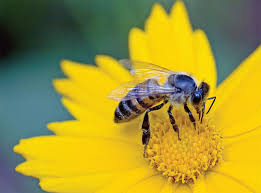 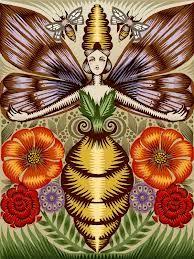 The Bee has long been considered Sacred, and in some cultures, it is associated with Royalty.  Without the Bee’s industrious cooperation via pollination, humanity would lose a vital amount of food production.   The honey that bees produce lasts forever, and the honey from Manuka trees [here in New Zealand] is an extremely efficient antibiotic.

During the first 13 days of the Crystal Bee Moon  crop circles have appeared.  On Cosmic Serpent, [June 7th, birthday of my brother and niece]

This photo was taken by a drone!

On the same day,  this 8-sided stunner [with a total of 19 components] was discovered in Pontecurona, Italy:

According to the Gnostics, the ‘circumpunct‘  in the center of this [and many other crop circles] is a symbol of the most primal aspect of God.  “To Greek philosophers and the Pythagoreans, the circumpunct represents God, or the Monad – the point of the beginning of creation, and eternity.

The following day, this ‘12-petaled flower‘ appeared near Berlin Germany:

While there is speculation about whether the artists who created this were human, instead of extra-terrestrial, it is synchronistic that a 12 pointed image appeared on the 12th day of the 12th Moon [as observed by the vast majority  who follow the official 13 Moon Calendar]

On Electric Star, which fell on the 12th day of the 12th Moon in the Cosmic Turtle Calendar, this mesmerizing SPIRAL  appeared in Wiltshire, England:

“The spiral is  one of the oldest symbols of human spirituality… they have profound meaning and depth as symbols of unity and ascension“.

It’s interesting to note that only 3  of the 9 crop circles reported during the Spectral and Crystal Moon [May and June 2015] are in England.  Until recently, 90% of the world’s formations were in England.  I wonder if the use  of drones [for spotting  and photographing them] will be one factor that might increase the occurrence of crop circles in other countries.

“Ecuador broke a Guinness Reforestation World Record on Saturday [May 16th] by mobilizing more than 44,000 people to plant 647,250 trees across the country-all in one day!.  The Ecuadorean government has actively combated deforestation since Rafael Correa’s presidency began in 2008″.  http://www.telesurtv.net/english/news/Ecuador-Reforestation-Day-Breaks-Guinness-Record-20150516-0015.html

The people of Ecuador are making huge progress in their quest to put people ahead of profits:

Thanks for your e-mails wondering if I’m in Ecuador yet.  I’m delighted to report that  my  Rhythmic Sun partner of 7+ years and I will arrive in Ecuador, Heart of the Earth two hours before  Galactic Freedom Day::Day-Out-Of-Time  begins.  We’ll enjoy  the first  week of the Planetary Wizard year  in 13:20 paradise  🙂 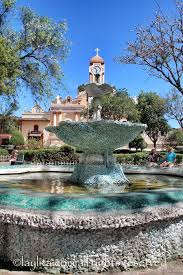 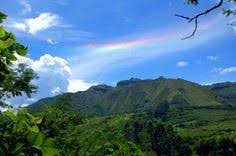 During this Crystal Skywalker Moon, let’s contemplate these words from the Law of Time:  “Hold the power of Crystal Cooperation: the ability to universalize our mind into a unified thoughtform in order to manifest (crystallize) a new reality”.

4 thoughts on “Crop Circles, the Spectral Magician and the Crystal Skywalker Moon of Cooperation”